Para Dressage Rider, Johanne Picken looks back and updates us on the progress of her dream.

Some of you will remember back in November 2013 when I introduced Johanne Picken to you.  My blog post, called ‘As Long as you have Passion, You are Unstoppable’ created quite a reaction due to the struggles Johanne had overcome simply to be in the saddle.  I caught up with Johanne again recently.  Here’s her memories of where she was back then …
“When I first embarked on my dressage journey, I felt quite alone when it came to any problems I encountered. Being on a tight budget, I couldn’t afford regular lessons, so was left trawling the likes of YouTube and various forums to glean any info I could that would help. Thought the information is out there, in various formats, I found that a lot of it was contradictory, and some of the methods used made me feel rather uncomfortable.  Then I discovered The Crystal System. 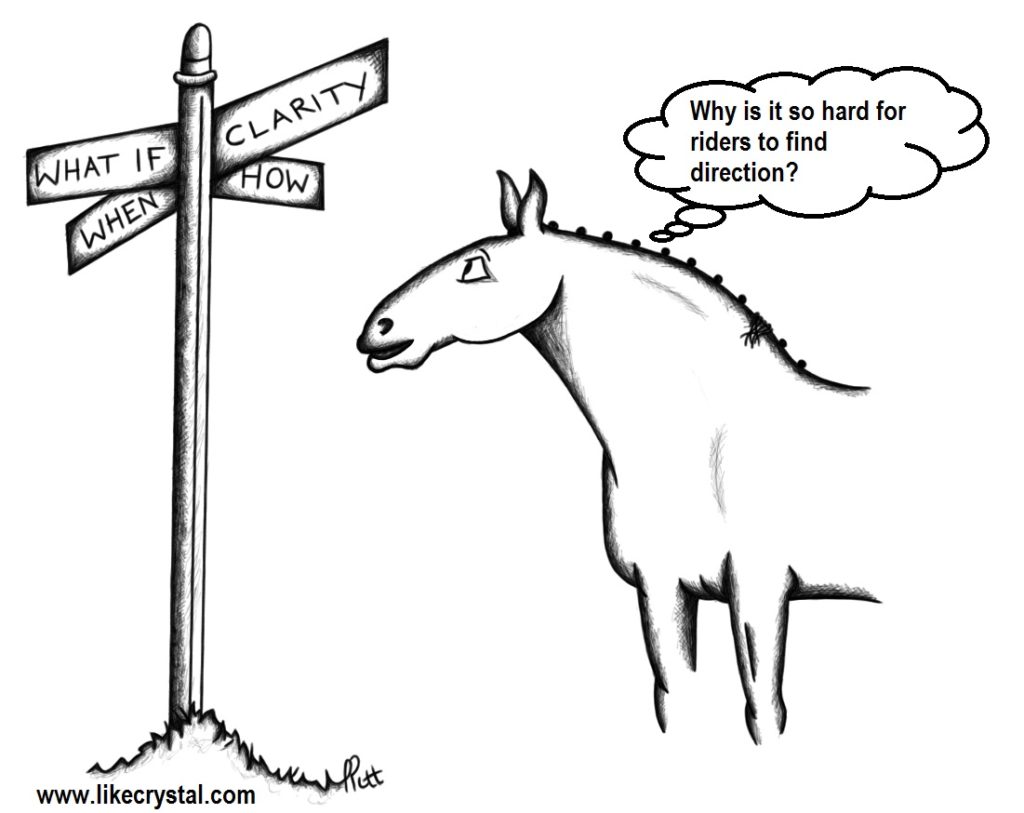 I stumbled across The Crystal System blog whilst searching the interweb for help on how my position was affecting my horse’s way of going.  The relief I felt when I found Patricia’s blog was tangible, it was one of those ‘Eureka’ moments! I read posts from others, who struggled with similar issues, and Patricia’s replies to the questions posed were both informative and, as the name suggests, easy to follow, unlike so many other jargon-filled ‘self help’ guides. I particularly enjoy Patricia’s sense of humour, an absolute must for anyone involved with horses.

The Crystal System has helped me to better understand, not only my horses and their training, but also myself. I know that I’m not alone with my struggles, and I know I can always count on Patricia and The Crystal System to be there in times of need!”

We had a catch up earlier in the year Johanne stated …

So, do you think she got there?  Johanne’s story has moved on considerably.  She has her own facebook page called JP Para Dressage and now has two horses.  Here’s her latest update …

“Due to Loz being out of action (saddle/respiratory/back issues) I decided to allow him some down time to just chill out and be a horse.  I think the rest is doing him good. 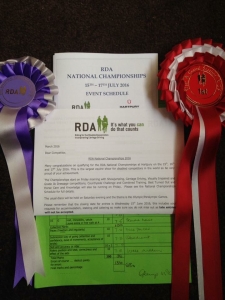 So, with Loz out of action I am schooling my ex-racehorse Bobkat. Up until March this year I’d just hacked him going for leisurely strolls through the surrounding countryside.

The RDA Carrick Group assigned me a coach Kevin Malyan and Bob and I have been having regular lessons. To begin with Bob was your typical racehorse; his head was in the air; ears practically up my nostrils; mostly going on the forehand; the less said about his canter the better – I called it his demented swan act – and I know that Kevin did wonder whether Bob could quell his inner racehorse and be able to turn his hoof to dressage.

We needn’t have worried.  With each lesson Bob kept improving. He’s such a keen and quick learner and always gives 100%.  His trainable attitude is very pleasing. Kevin is a fantastic coach he tailors his lessons to suit each individual horse and rider. He really tuned in to Bob’s way of thinking and made up ‘games’ so that both Bob and I had fun.

Come May and it was time for Bob to enter his first dressage competition.  Just a little unaffiliated Intro test at the local equestrian centre which fortunately is only 10 minutes ride from where the boys are stabled.  I was a little apprehensive if I’m completely honest, I had no idea how Bob would react to the buzzy atmosphere of a competition.

Again, I shouldn’t have worried.  He was an absolute gentleman.  A little excited and tense perhaps. I couldn’t have been more proud of him.  Despite Bob being a star and doing everything asked of him we weren’t placed, due to pilot/satnav error.

I went the wrong way, despite the test being called for me!  DOH!!  The same thing happened on our second time out.  Bob was fab, me… not so much.

Our 3rd outing was the Para Equestrian Dressage Rider Development Day, held in Dundee, a 2 hour drive away. Bob travelled well but we arrived late and got a bit flustered.  I unloaded Bob, tacked him up and took him straight into the arena to get a quick warm up before doing our first test.  It was a tad rushed but given the circumstances we did ok.  Our second test that day went much better getting a respectable 66.52% 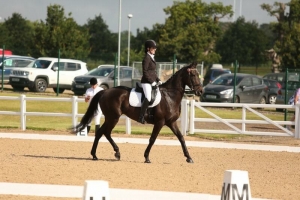 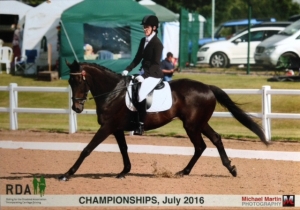 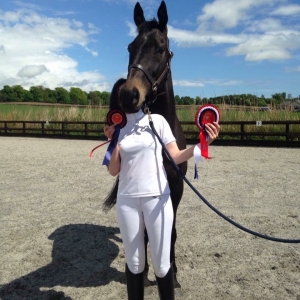 We came 3rd in our class and 3rd overall – I couldn’t believe it. 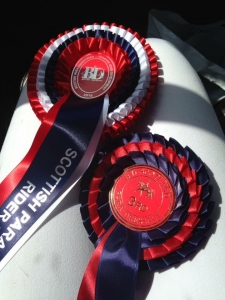 Our 4th competition was the RDA Regional Qualifiers. I was quite nervous however Bobkat did me proud and we got 68% – qualifying us for the RDA National Championships at Hartpury.

Competing at Hartpury was an amazing experience and one I shall never forget.  It was a long 6 hour journey but Bob coped well.  He even settled into his stable fairly quickly taking it all in his stride.

Unfortunately the excitement and hustle and bustle got to Bob on the day of our test. He got his bloomers in a bit of a fankle and as a result our test was certainly not our best work but we got out there and we did it and he still looked after me like he always does.

I still can’t get over what a star Bob is turning out to be.  He’s made the transition from racehorse to para dressage horse look simples.  Fingers crossed we’ll be able to have another bash at Hartpury next year.

I keep thinking “I can, I will, End of Story!” as I read this post.  It’s a great lesson for us all.  Got for it.  Make your dream happen and if you need some help along the way drop me a line or buy The Crystal System Book.

5 Olympic Values That Shape What I Do
Reward with a Pat?
To Pat Or Not To Pat - You Decide