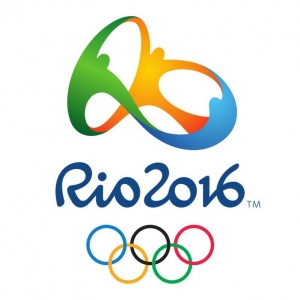 Did you know that our beloved sport is under threat as an Olympic sport, as are all the equestrian disciplines?   Imagine that, just as Team GB get up there as a force to be reckoned with in Olympic Dressage they pull the rug from under us!

I don’t think so, certainly not if we can help it. Thankfully there is something we CAN do to help.

For over 100 years we have been part of the Olympic program but along with other long standing, traditional sports such as Archery, Judo, Shooting, Fencing etc., they are being closely monitored by the International Olympic Committee whilst the Games in Rio’s Maracanã Stadium in South America are underway.

The ‘powers that be’ will be monitoring just how much interest there is in each of these sports, how widespread the fan base is and how much social interaction we equestrians participate in. This monitoring is so important to the future of equestrianism at the Olympics that the FEI and British Equestrian Federation have created two campaigns for you to interact with.

#JoinTheJourney was started by the BEF so that fans can be a part of getting the teams to Rio, their time there and when they return.

#TwoHearts is the FEI’s campaign and it has a fantastic sentiment.

It represents the special bond between horse and rider which makes our sport so wonderful.

All you have to do is use the one or all of the hashtags below in all your social media posts about the games and in particular equestrianism.  Doesn’t matter which team you support, doesn’t matter which equestrian discipline you love, doesn’t matter what you are saying, just add the hashtags on your facebook, twitter, instagram posts so that you are contributing to the monitoring and letting everyone out there, but in particular the IOC, know that dressage and equestrianism is loved by many, many people worldwide; we are passionate about our sport and its place as an Olympic sport is not only well deserved but should remain in the program.

You can tune in to BBC on the red button (eight platforms) website and radio.

I’m getting v. excited now, just a week to go.  Good luck Spencer, Fiona, Carl and Charlotte, I will be rooting and hash-tagging for you!